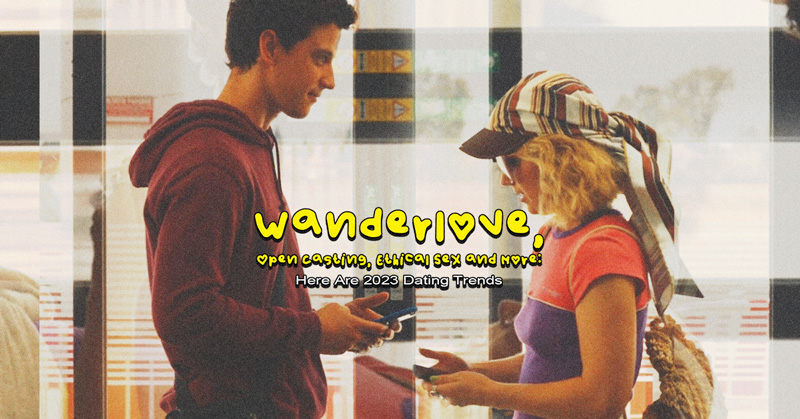 It’s cloudy with a chance of feelings! Bumble gives us a forecast on dating for the year ahead

2022 is a year of exploration. With the pandemic behind us (but not quite), more singles have intentionally sought out dates—even relationships—IRL. As a dating renaissance has emerged yet again, we’ve taken the liberty of going in-depth and speaking to relationship experts about meeting your virtual date in person, who pays the tab on a date, how to deal with swiping fatigue and more.

For the year ahead, we’re refusing to stay stuck in the past and extinguishing old flames. As the saying goes—out with the old, in with the new! We feel highly optimistic about 2023. According to research conducted by the woman-first, woman-led app Bumble, 70% of people around the world feel positive about the romance that lies ahead. Filipinos, on the other hand, are the most positive (87%) about dating in 2023, compared to their global counterparts.

For the self-partnered, here are dating ideas and trends for the year ahead.

It’s time to do away with requirements (e.g. tall, moreno and good-looking) as the narrow search for our physical “type” is no longer serving us. The opposite of type-casting, “open casting” refers to how more than one in three (38%) people around the world are now more open to who they consider dating beyond their “type.”

Meanwhile, more than one in four (28%) of us are placing less emphasis on dating people that others “expect” them to. What are we looking for? Specifically in the Philippines, the overwhelming majority (77%) are now more focused on emotional maturity than physical requirements. You heard that right! It’s called character development, bestie.

With the return of office culture and busy social schedules, the majority of people are feeling overwhelmed right now. This has forced us all to prioritize our boundaries, and more than half (52%) have established and communicated boundaries over the past year.

The desire to set intentional boundaries is even more apparent in the Philippines, where close to three in four (72%) Filipinos surveyed were clearer about their emotional needs and boundaries in 2022, with a similar proportion also indicating that they were more thoughtful and intentional about how they put themselves out there (75%) and have chosen to  not overcommit themselves socially (71%). So, drinks in Poblacion tonight? Pass.

There has been a shift in how we think about and value work. Gone are the days when job titles and demanding workdays are seen as status symbols, with half of global respondents prioritizing work-life balance (49%), and more than half (54%) caring more about their partner’s work-life balance than their career status.

Over the past year, more than half of people worldwide (52%) are actively creating more space for breaks and rest. More than one in 10 (13%) will no longer date someone who has a very demanding job, too.

One in three (33%) people on Bumble are saying that they are now more open to travel and relationships with people who are not in their current city. Post-pandemic WFH flexibility means that one in eight (14%) of us have explored the idea of being a “digital nomad,” opening up how we think about who and where we date. In fact, nearly 10% of people in the Philippines actually find it easier to date in another country.

Over the last year, three in four (74%) men worldwide on Bumble say they have examined their behavior more than ever and have a clearer understanding of toxic masculinity and what is unacceptable. This is even more pronounced in the Philippines, where more than half of men on Bumble (55%) are actively challenging stereotypes that suggest that men should not show emotions in fear of appearing weak. One in three (36%) of men on Bumble in the Philippines now speak more openly about their emotions with their male friends, and majority (60%) of men agree that breaking gender roles in dating and relationships is beneficial for them, too.

RELATED: How Both Partners Win: Shedding Gender Stereotypes in Relationships

The way that we talk, think about and have sex is changing. More of us are approaching sex, intimacy and dating in an open and exploratory way (42%). Sex is no longer taboo, with more than half of us agreeing that it’s important to discuss sexual wants and needs early on (53%) when dating.

Over the past year, one in five (20%) have explored their sexuality more, and one in eight (14%) of us are considering a non-monogamous relationship. However, this doesn’t mean we’re all having more sex. One in three (34%) people are not currently having sex and they are okay with that, which is particularly true amongst Gen Z (39%).

RELATED: Here’s What it Feels Like to Date for the First Time, According to Former NBSBs

The past year was a formative year in the realm of dating, sex and relationships. This 2023, we’re redefining work-life balance, prioritizing our boundaries and exploring our sexuality.